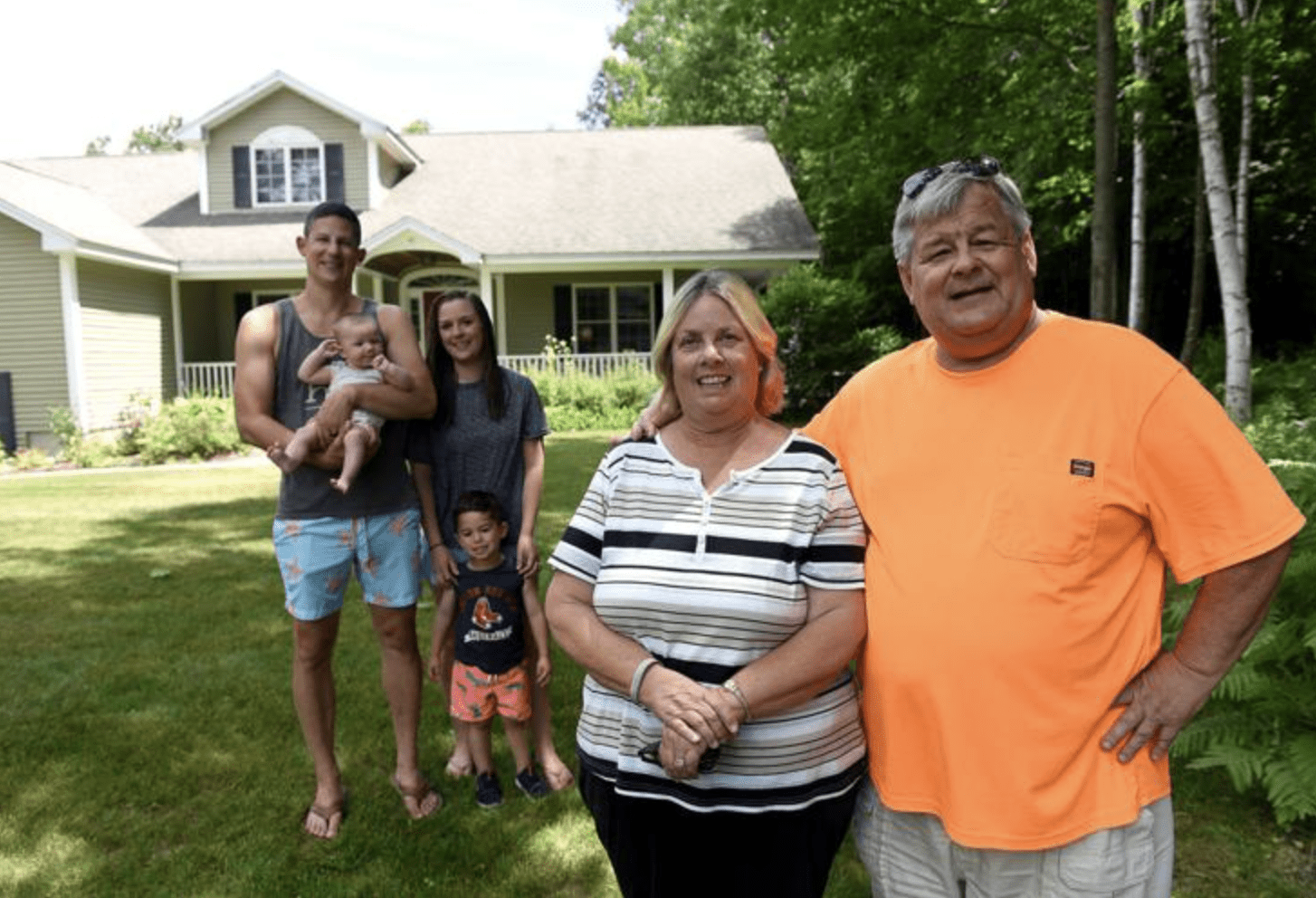 He wrote a “tug at the heart” letter to the seller — a blended family with kids — that he thinks made a difference in getting the three-bedroom house for $790,000, which was above the asking price, in April.

“When it first came on the market, I went there and made out an offer before my wife even saw it,” said Kuhrt, 67, a retired IT executive who five years ago took a position as a care pastor.

Sales figures show a smaller share of homes selling this year to out-of-staters than in 2021, but the percentage of non-New Hampshire buyers remains above pre-pandemic levels, according to New Hampshire Housing.

The housing included a mix of single-family homes, condos and townhouses. A similar trend took hold in 2021, with the percentage of sales deemed second homes shrinking compared to the previous year but still elevated over recent pre-pandemic times, according to statistics requested by the New Hampshire Union Leader.

The figures that show the intended use of a property include only those purchased with mortgages, with statistics based on data collected by lenders. Cash-only sales were not included, meaning those homes can’t be classified as a primary residence, a second home or an investment property.

During the pandemic, several real estate agents interviewed said they were working with more cash buyers, who often were moving from more expensive states after selling their homes.

“It did accelerate some pre-existing trends,” Frost said last week. The 2021 numbers are “not really moving in a particular direction.”

“We’ve certainly heard the stories of the flood of buyers from Massachusetts in particular,” Frost said.

They include a mix of single-family homes, condos and townhouses.

Maine and Florida rounded out the top five. Connecticut was seventh. Those rankings included all-cash and mortgage sales.

Since the end of 2020, the state’s longest-serving town clerk has seen many people arrive in Wolfeboro from other states.

“We’ve had an extremely high impact of new people coming into Wolfeboro from New York, Connecticut, Massachusetts, New Jersey — you name it,” said Patricia Waterman, who has been town clerk for more than a half century.

Some people who previously summered there are making it their permanent home, she said.

“We’ve seen some buyers knocked out of the market because they can’t afford it or decreased the amount of the home that they want to purchase,” said Ben Cushing, president-elect of the New Hampshire Realtors.

A 30-year fixed mortgage for $380,000 would cost $2,206 a month assuming the current interest rate of 5.7% at Freddie Mac, a company that buys mortgages and repackages them to investors.

That is $608 more a month than it would have been a year ago, when the prevailing interest rate was 2.98%.

The supply of available homes is another big squeeze factor for buyers. Compared to May 2014, the state had 88% fewer homes on the market: a mere 1,589 compared to more than 13,000 eight years earlier. And the median price statewide has nearly doubled in those eight years.

Investment properties made up 6.42% of all homes sold in 2021, higher than immediately before or during the pandemic.

The housing market has a huge influence on the state’s workforce, as companies try to attract and retain workers.

“If there’s not stuff on the market either for purchase or to rent, it’s going to be a lot harder for them to fill those jobs,” Frost said.

He said he has heard about people who “accept job offers but ultimately have to turn them down because they don’t have a place to live.”

Carroll County, which includes Conway and Wolfeboro, had the highest percentage of second homes (44.34%) in New Hampshire. Hillsborough County, home to Manchester and Nashua, saw the smallest share (1.66%).

“You had residential properties and vacation homes. Now, it’s blended,” said Dow, CEO of the Dow Realty Group at Keller Williams Realty, which covers the Seacoast to the North Country.

He views second homes as investments.

“A lot of investment properties are off-the-water properties that traditionally were year-round homes for a lot of residents,” creating more competition and higher prices, Dow said.

The market to rent a place for summer or winter became more competitive during the pandemic, according to Sarah Holland, a broker at Sarah Holland & Co. in Plymouth.

“In any normal year pre-pandemic, you could walk in and just pay and not compete for a rental,” Holland said. Those looking to rent since the pandemic “would be throwing out crazy numbers and offering incentives to be the renter of choice.”

That meant some vacationers opted to buy second homes rather than rent, Holland said.

A report by Harvard University titled “The State of the Nation’s Housing 2022” discusses the soaring costs of housing nationwide and the root causes.

“Redfin’s Second Home Demand Index indicates that second home demand jumped by more than 80% in mid-2020 — far outpacing the demand growth for primary homes — and remained at least 50% above pre-pandemic levels through February 2022,” it said.

The share of second homes sold in New Hampshire dropped slightly in 2021 compared to a year earlier.

“It’s not as much a story as people think it is,” Frost said.

During the pandemic “I just saw droves of people coming out of the bigger cities” searching for a house in the country, said the New Hampshire Realtors’ Cushing.

“They were buying all the property, and that drove all prices up,” he said.

Some people unable to take vacations decided to buy a second home instead, Cushing said.

Kuhrt got an edge on the competition when he was told the Wolfeboro house was about to go on the market.

“It’s just the whole place is big enough for my whole family to fit,” Kuhrt said. “It has four bathrooms. Don’t you dream of having four bathrooms?”

Kuhrt, represented by buyer’s agent Martha Trepanier, said the “market was crazy,” netting him $80,000 more than he expected when he sold the condo he had for nearly two decades.

“That actually helped me in terms of putting enough funds to buy this house,” said Kuhrt, who hopes to make it his primary residence with his wife, Robin, as soon as next year.

The Kuhrts, however, don’t have one thing that many town residents do: a boat.

“But I have friends,” Kuhrt said.

For more information, read the full article at UnionLeader.com